UMM has handled the social media management for Logitech G – Australia’s number-one gaming brand. In that time, the community has grown to over 30K fans through a series of collaborations with The Chiefs, Australia’s top League of Legends eSports team; a strong presence at local gaming expos; and a global broadcasting initiative from a major gaming tournament last year. Just this month, the bounds of social media management were pushed once more, via a Facebook Live Q&A session with The Chiefs.

The Chiefs are Australia’s number-one League Of Legends eSports team – and are sponsored by Logitech G, Australia’s number-one gaming brand. The primary aim of this broadcast was to increase the brand awareness and brand influence of Logitech G – in its position of the top gaming brand in Australia, it should thus pursue innovative, confident comms – and increase the awareness, brand influence, and profile of The Chiefs (and their current Gaming House, located in Sydney’s Darling Harbour). 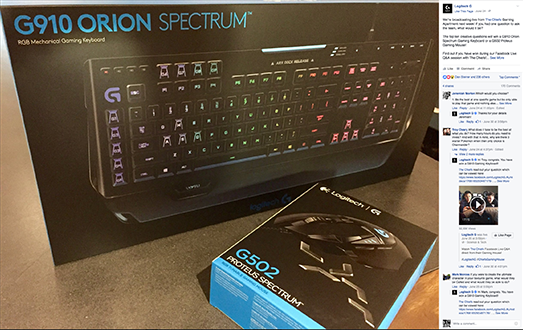 UMM utilised Facebook Live – a first for any of the Logitech properties, and a strategic step beyond the usual social media management operations – to create a live broadcast event that was streamed to people who follow Logitech G & The Chiefs. Prior to going live, the broadcast was promoted via Logitech G and UMM’s socials.

The week prior to the broadcast, gaming fans submitted questions on Facebook (incentivised with a product giveaway) for The Chiefs to answer. The winning questions would be answered during the “Facebook Live Q&A with The Chiefs” (encouraging all entrants to view the live stream).

Leading up to the Facebook Live event, UMM worked with The Chiefs to pick the top 10 questions. The Chiefs’ answers gave valuable and authentic insight into the life of a professional eSports player.

On the day, The Chiefs were briefed about how the broadcast would work and were told to treat it as if it were an interview for a TV show, albeit streamed directly to their fans’ Facebook accounts. UMM designed social assets to generate buzz about the Facebook Live event – reminding people to watch to not only see if they’d won a Logitech G prize but also to learn more about the best gamers in the nation. 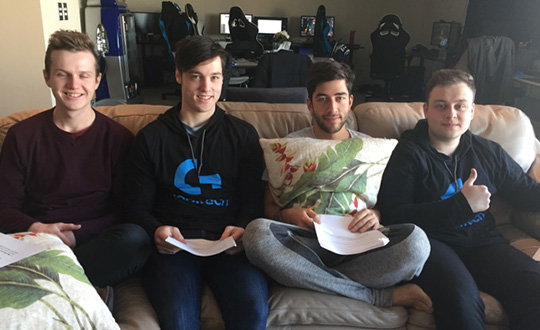 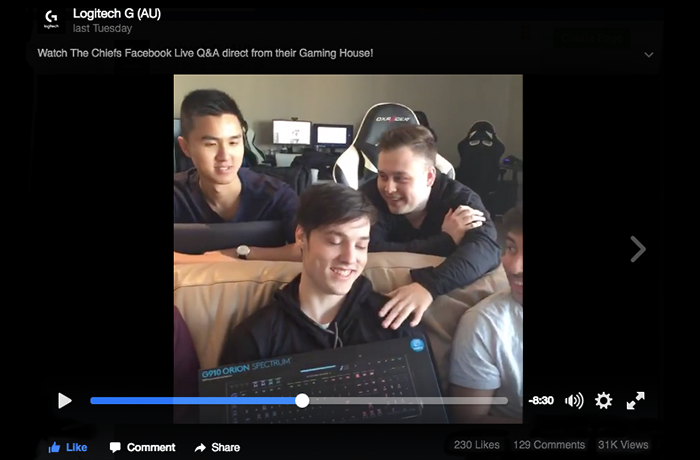 The strategic broadcasting initiative proposed by UMM was a resounding success. After receiving 170 entries, the top 10 questions answered resulted in a 17-minute Facebook Live Q&A with The Chiefs that reached more than 180,000 people and received over 30,000 views (across all relevant Facebook channels: Logitech G, The Chiefs, UMM).

The broadcast came across as an honest reflection of a gamer. The Chiefs had fun answering the fan questions in a live, unfiltered format (in the comfort of their gaming house), which showed a side to them the audience doesn’t usually see; it granted viewers unique and authentic access to the team.

The Facebook Live event showed the power of what a live stream can do: on a fundamental level, connecting with your fan base in real time, while also building upon the profiles of the talent involved (The Chiefs) and creating further brand awareness for the facilitator of the broadcast (Logitech G). 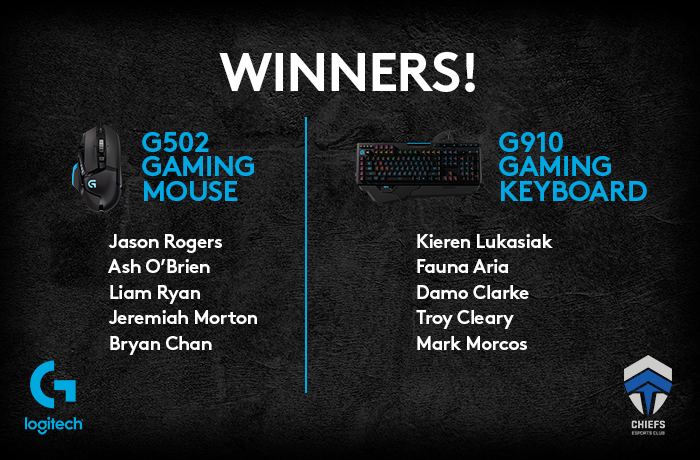