Since it was established in 1994, ChildFund PNG has provided vital services and support throughout Papua New Guinea, including in marginalised communities. With more than 90 per cent of the country connected through telecommunications, there was the opportunity to launch an essential hotline that offered support to those affected by family and sexual violence. UMM PNG wanted the nation of Papua New Guinea, and even media further ashore, to know about this unique toll-free service.

″The logo, created by UMM PNG, featured the name of the hotline within multiple incomplete circles, suggesting that the hotline aimed to break the cycle of family and sexual violence in Papua New Guinea.″

UMM PNG planned to generate real change and improve the lives of those affected by these atrocities, while also acting as a secondary profiling project for ChildFund PNG itself.

To do this, it was important to gain the support of the general public, as well as endorsements from the public, private sectors, and government.

We canvassed government representatives and other leaders of influence in the community to lend their endorsement to the hotline. This included a successful approach to the Office of the Prime Minister for a statement of support.

PNG media were sent invitations to the launch and were contacted on regular basis following the event in order to confirm follow up articles. We also made sure to meet with selected media in person to discuss how to get the best coverage possible.

We came up with the idea to use updated data from the hotline as the foundation for each of the follow up stories while also showcasing the work of ChildFund within PNG and profiling people directly connected to the issue of family and sexual violence.

Our second release after the initial launch focused on the fact that half of the calls received within the first month had come from men.

This statistic is reflective of the initial message that the hotline is not just for survivors of family and sexual violence but for everyone who is affected by the issue.

The launch received strong support from the local groups and featured a moving speech by Taina Gebai, a man who once was violent towards his wife and children but has since changed his ways.

It also included the unveiling of hotline logo, which was designed by UMM Creative. In creating the logo, the team was instructed to come up with a symbol that conveyed the message of the hotline and included elements of PNG culture, plus a link to telecommunications.

The end result featured the name of the hotline within multiple incomplete circles, suggesting that the hotline aimed to break the cycle of family and sexual violence in Papua New Guinea.

The Post Courier and The National newspapers featured a story on the launch in their subsequent online and print editions. It was also covered by EMTV, PNG Loop, ABC Pacific Beat, Yumi FM, Legend FM, Nau FM, and the Sunday Chronicle. The National Weekender ran a feature story on the launch and it was also included on the Pro Bono website, which features the latest news from the non-profit sector.

Within the first month, almost 250 calls had been made to the hotline, with the service receiving calls from 21 out of the 22 provinces. 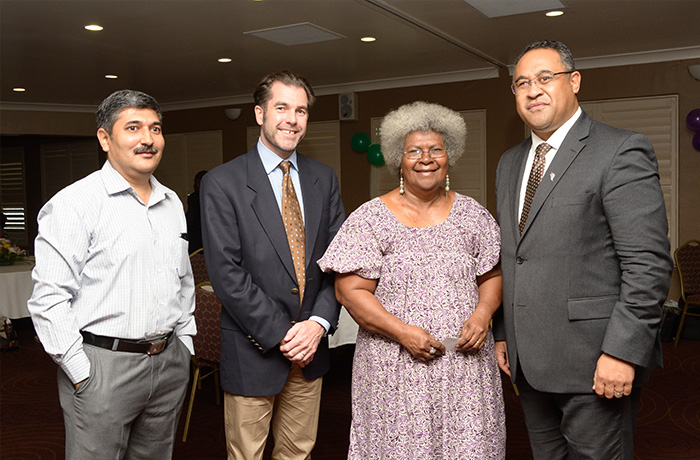