UMM PNG was engaged by Digicel as its corporate communications agency. Our role was proactively focused on improving the relationship between Digicel and the Papua New Guinean community, incorporating crisis management as well. 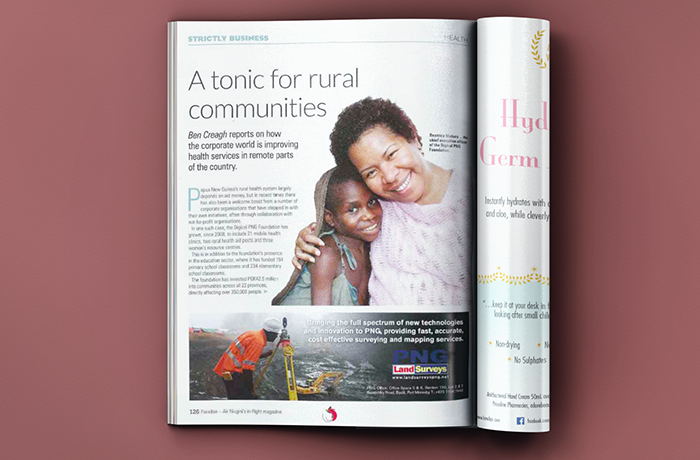 We focused on making high-level management more accessible to the media and the people, clearing up misconceptions about Digicel’s products and services so that consumers could derive the maximum benefit from them. We also shed more light on the outstanding CSR and community initiatives Digicel had implemented over several years, representing millions of dollars in investment to aid the public.

″UMM PNG was engaged by Digicel as its corporate communications agency.″ 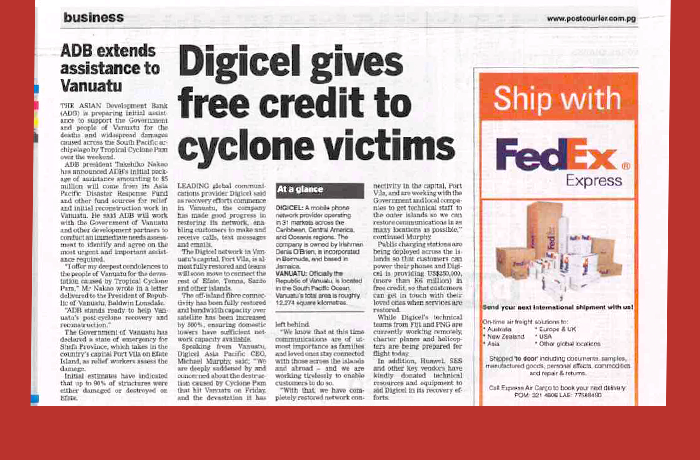 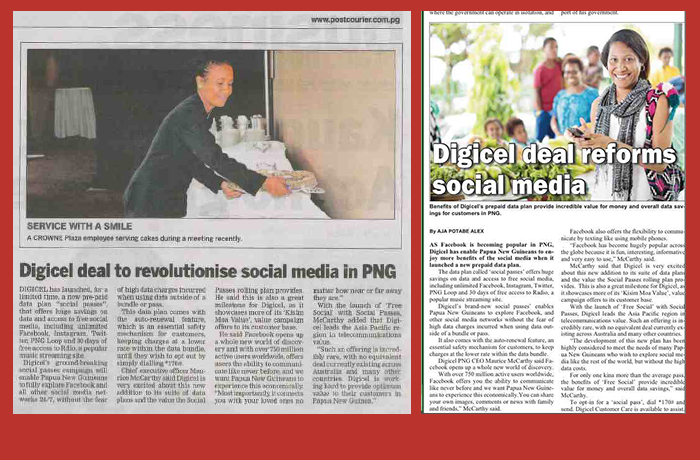 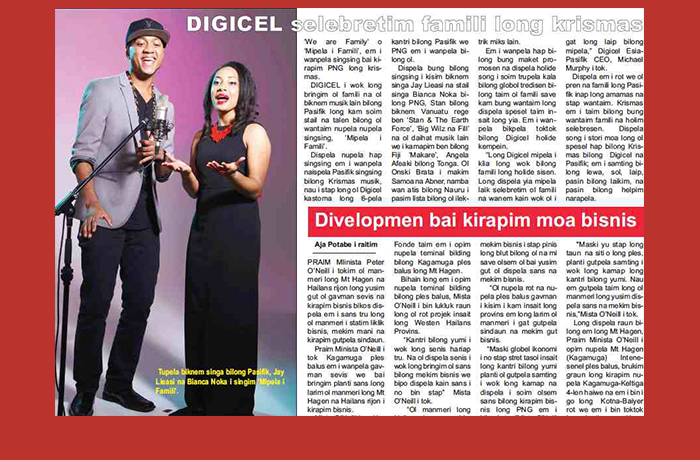 A lifestyle piece from Wantok Nius.

We averaged upwards of twenty editorial runs per month.