For the flamboyant, younger-skewed, Instagram-based #AllLogitechEverything influencer activation, UMM produced an exclusive series of branded accessories and apparel inspired by each of the M238 Party Collection Mice designs for influencers to wear in their posts.

#AllLogitechEverything was designed as a play on the fashion trend #AllBlackEverything. This direction was used to position the M238 Party Collection as a fashion accessory and to move it away from the preconception that it’s simply a stuffy peripheral.

This was the first local Instagram campaign for Logitech and was aimed at a target demographic of females, aged 14-24. Influencer talent included:

The six respective Instagram posts from the six influencers reached an audience of over 500K and received almost 12K engagements.

Content from this influencer activation later featured on Logitech Australia’s social media channels and was also picked up by Logitech’s international channels. 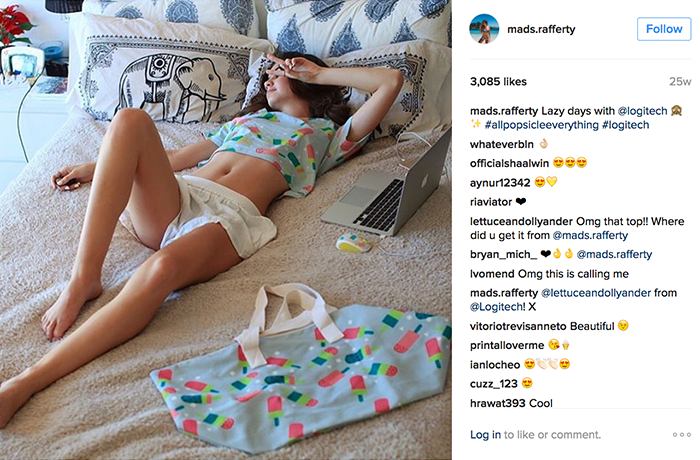 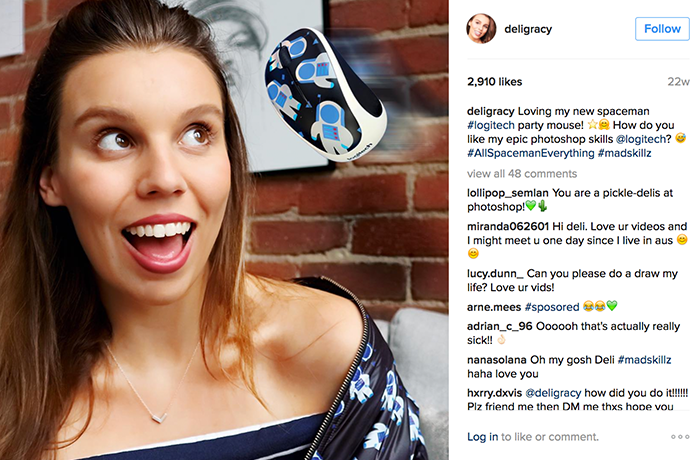 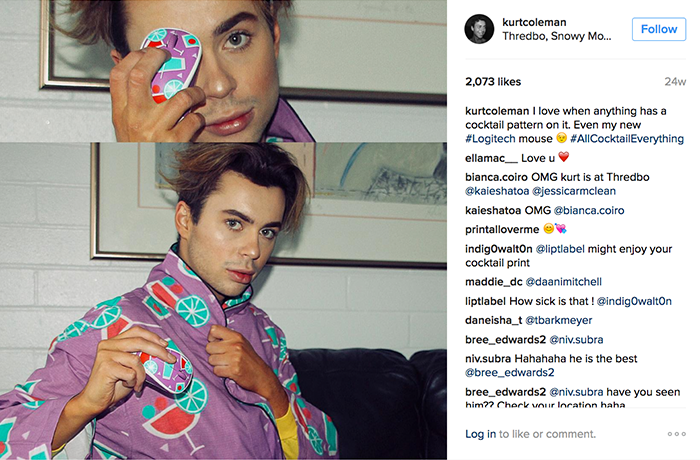 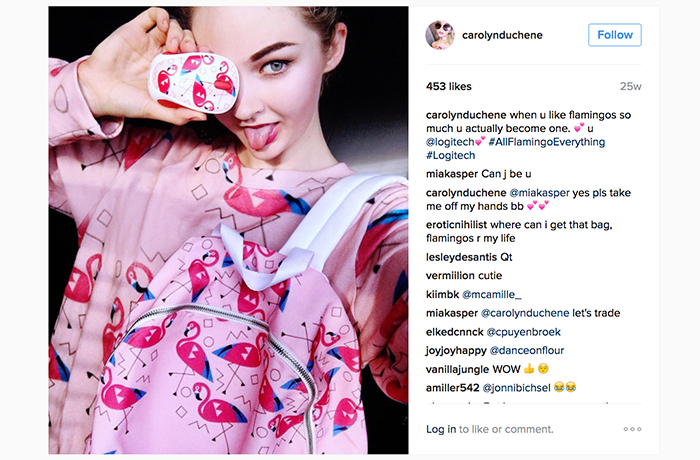 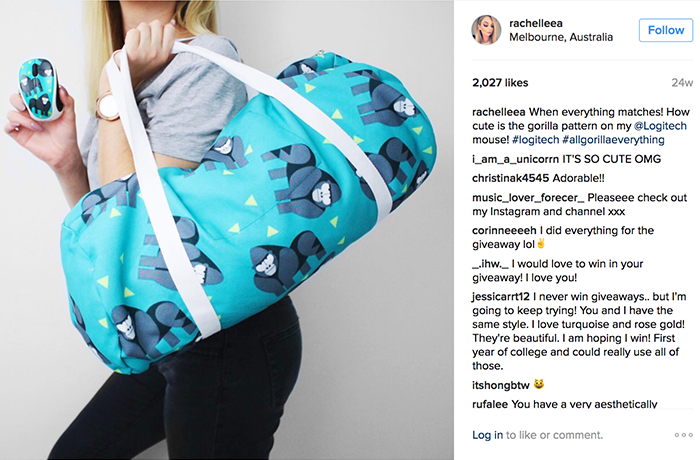 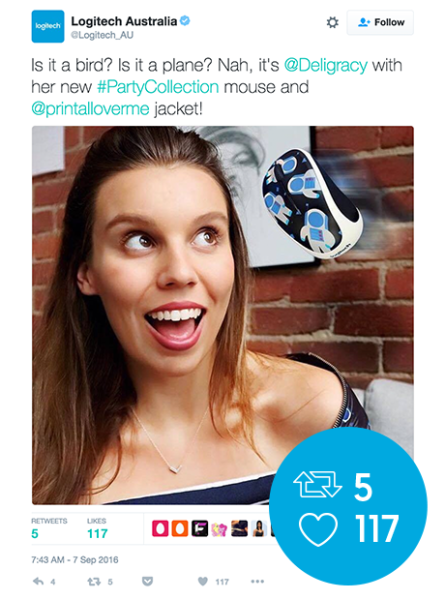