Tuesday evening just passed, the UMM crew made up ten of the 500 Social Media fanatics who physically attended a seminar hosted by the Sydney Social Media Club (#SMCSYD), along with 3000 virtual attendees (via twitter). 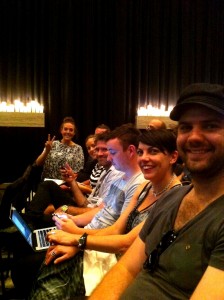 So, you might ask, who or what drew this huge crowd?? Well, apart from being hosted in the beautiful #IvyBallroom, it was most certainly the keynote speaker for the evening, Paul Borrund – Head of Sales and Marketing of Facebook AUS & NZ. 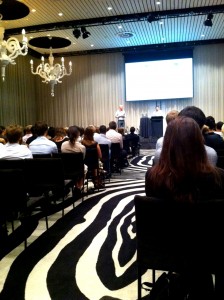 Paul discussed statistics, the evolution of the internet and placing Facebook within its historical context, and wrapping the presentation with Facebook marketing strategies.

Some of the fascinating statistics worth mentioning are:

With stats out of the way, Paul moved onto Internet History 101. The internet has evolved throughout the last three decades, and can be categorised into three major periods: the era of “browsing” in the 90’s (dominated by Yahoo!), followed by “searching” in the 00’s (dominated by Google), and lastly, to the current phase of the web being, as we all predicted, “social.” The Social Web is all about discovering content shared through the lens of your “friends,” this era spearheaded with brute force into the mainstream market in 2010.

Next on the agenda Paul delved into the discussion of online perception and PR, and the first and important point was this: people don’t want to interact with a logo, they want to interact with an idea or concept behind a brand. People want to be entertained, win something, get something of interest from a brand/online community – there has to be some sort of value add for the user. Paul confirmed that when executed properly, users will show loyalty and in turn, be great ambassadors for your brand. User interaction will create a strong viral reach of your message to their existing friend base.

Ponder this thought for a moment – of a 25,000 fan base, online and word-of-mouth can lead a company’s message to reach a whopping 3 million people via their friends alone (on average) within Australia. This means you can reach one third of Australia’s Facebook population via placing interesting and interactive content in front of 25,000 people. Pretty affective, we think!

Paul finished this beneficial seminar with a very exciting and final note regarding Facebook changes. Facebook “deals” will be hitting our shores “veeeery soon.” 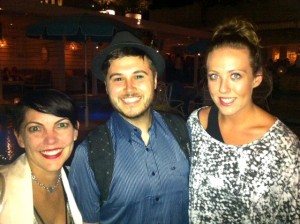 More Bang For Your Buck, From ″Zuck″