Conan O’Brien, the American talk show host, comedian, and producer, is making a spectacular comeback to TV this November by flying a blimp for a month with his name written all over it over Philadelphia?? Umm.. what?

That’s right, the late-night funnyman, is behind a blimp that that will be travelling along the East Coast for the whole month of October. Upon spotting the blimp, fans can check in on Foursquare (to unlock a special Conan badge). In addition, the promotion also includes live updates of the blimps whereabouts through Twitter updates, as well as a real-time map (through google maps) and a live camera. 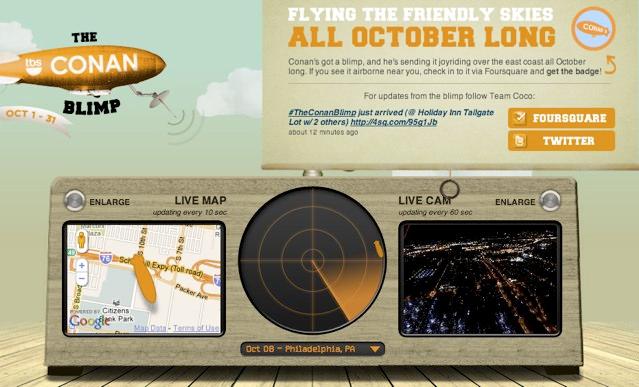 A huge SM and PR campaign that is embracing multiple social media and live technologies to spread the message that Conan is BACK in a big Viral push!

We will be following this one!

UMM and Ultimate Ears Turn Up The Heat This Winter

FOTSUN – A Recipe For Festival Success