Sydney was selected as the location for the global launch of the UE ROLL before an audience of esteemed media and celebrities.

Given this was an international launch, the brief called for a unique event encapsulating the active, energetic product personality in a way that was not specific to Australia.

After the standout success of the MEGABOOM launch in January, UE Head of Music, Rory Dooley, would once again be travelling to Australia to address attendees at the launch.

Other key features of the night requiring major attention were the debut of the official product video, and female comedy trio SketchShe’s (who boast a following of over two million people on social media) connection with the Ultimate Ears brand.

″Globally launch the UE ROLL with a unique event that encapsulates the active, energetic product personality.″ 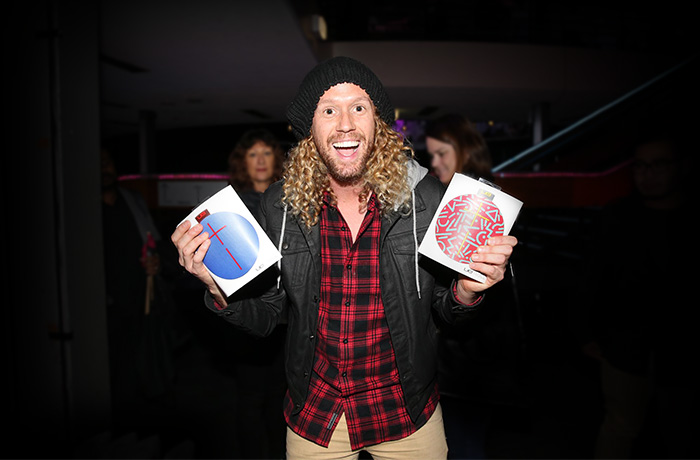 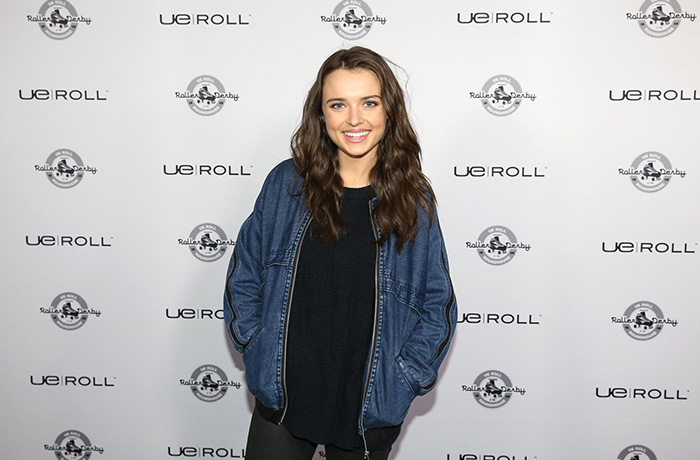 Philippa Northeast stopped by to help us welcome the newest UE speaker into the world. 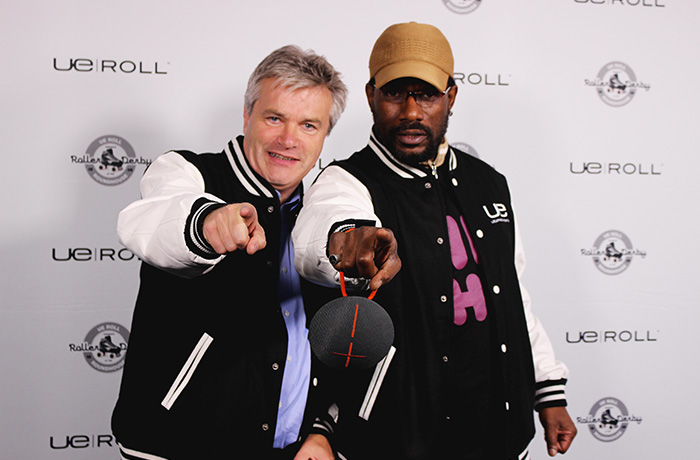 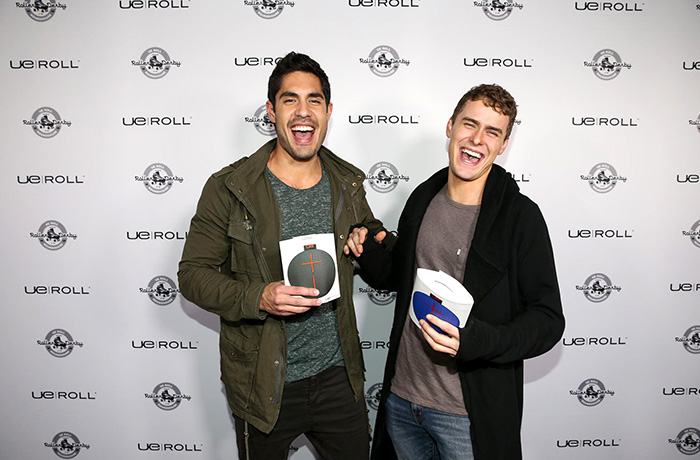 Actors Tai Hara and Alec Snow are stoked with their ROLLs. Kurt Coleman loves the camera almost as much as his new speaker.

The UNSW Roundhouse university bar was transformed into a Colosseum-style flat track roller derby rink. For the purposes of the event, it was renamed The UE ROLL House. Entertainment for the evening came care of a brutal showdown between two of Australia’s biggest roller derby teams.

UMM created an extensive guest list comprised of lifestyle and technology media. As such, the UE ROLL made its debut among a litany of industry tastemakers with instant credibility (and an active social media presence).

Rory Dooley’s keynote speech took place in the centre of the derby track and was timed to coincide with peak attendance. The speech was directly followed by the debut of the UE ROLL product launch video. Branded UE content was screened throughout the evening, including the pièce de résistance, SketchShe’s “Can’t Touch This” clip, which featured Ultimate Ears product.

Sampling was held at the conclusion of the derby, to ensure guests remained for both Mr Dooley’s speech and the halftime SketchShe interview. The product station was strategically set up near the media wall, so additional images could be taken featuring guests with the product. 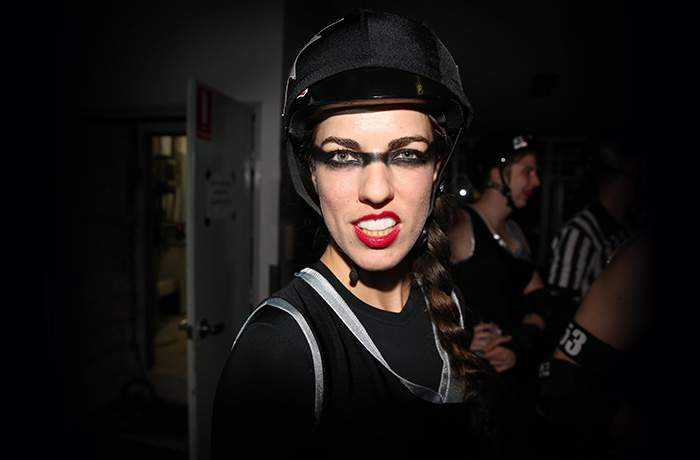 One of the roller derby promo flyers designed by UMM Creative. 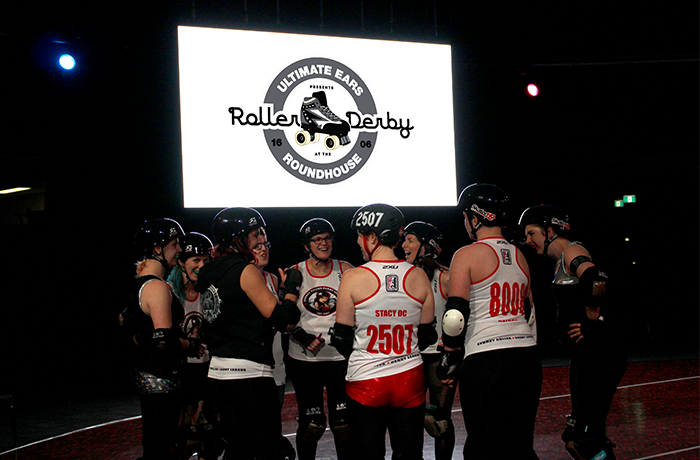 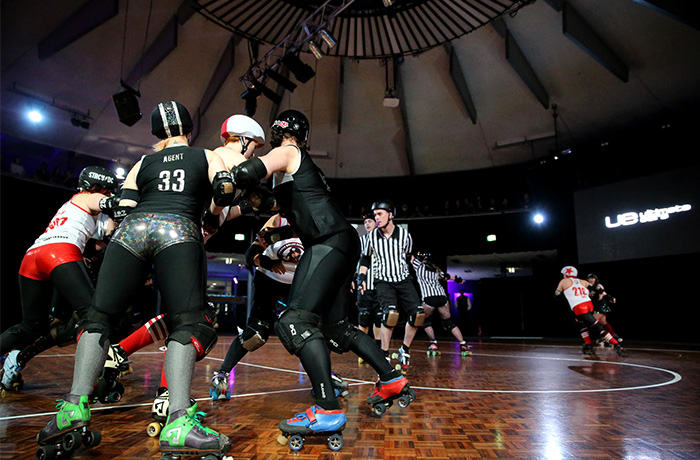 Things got heated out on the floor! 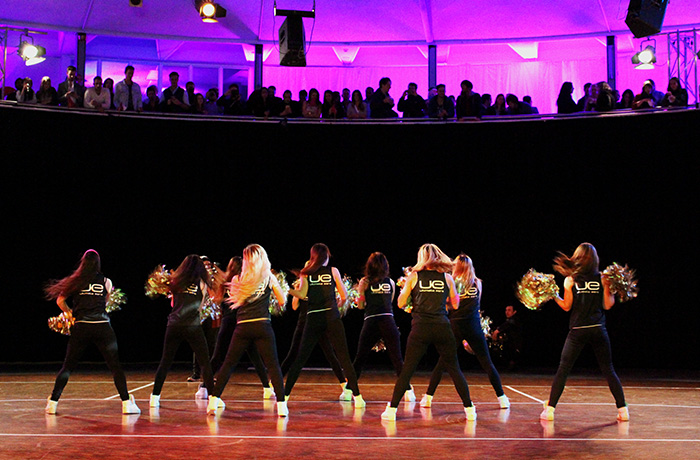 The Assassins celebrate their roller derby victory on the UNSW ROLLhouse flat track!

It is clear that Ultimate Ears Global values and has the utmost confidence in UMM, as evidenced by the fact Australia has been the site of two global product launches – both attended by Rory Dooley – in six months. 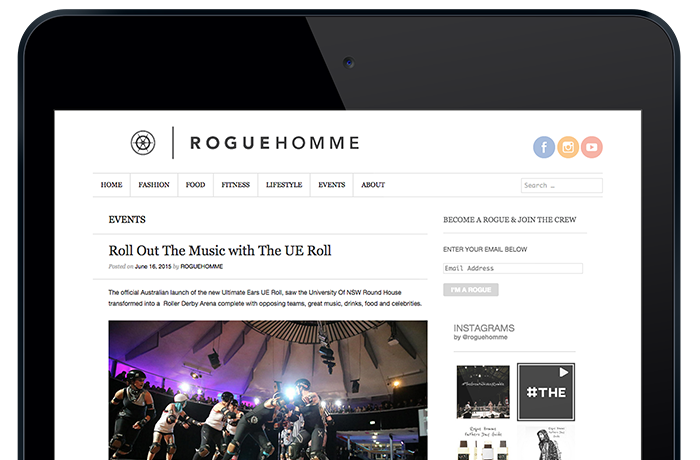 An event gallery on Social Diary. 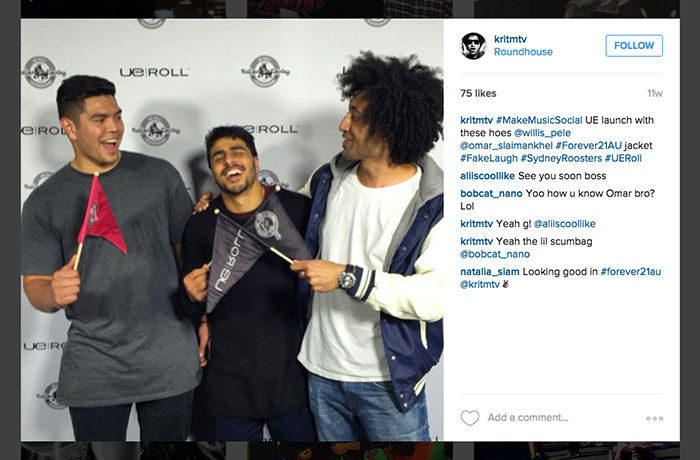 Flag fun at the media wall. 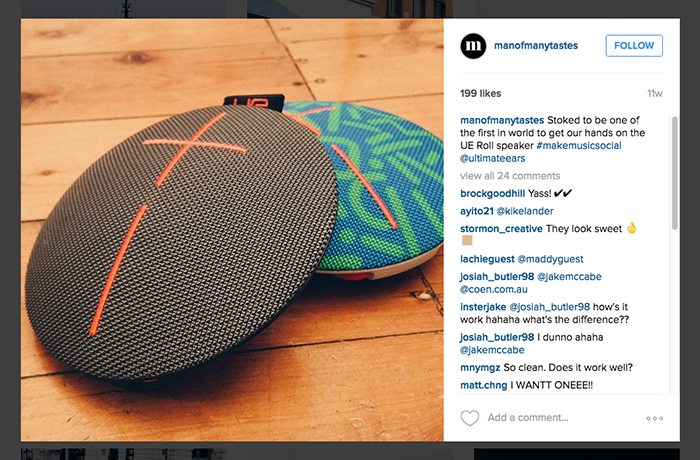