Following the success of Tsingtao Be Bold Nights Out in Sydney, UMM aimed to craft yet another influencer-led experience that increased brand awareness and also forged bonds with both social media talent and the key demographic.

The casting of influencers from diverse backgrounds would be a key consideration, so as to introduce or reinforce the Tsingtao brand to various sectors of the Australian consumer market that are often overlooked by more conventional campaigns.

Casting suitable influencers with relevant social media followers – to reach a large, relevant, and engaged audience – would be crucial to achieving social media objectives in an organic way.

″Influencers were selected based on audience appropriateness and, perhaps more importantly, keenness to participate in the above with gusto.″ 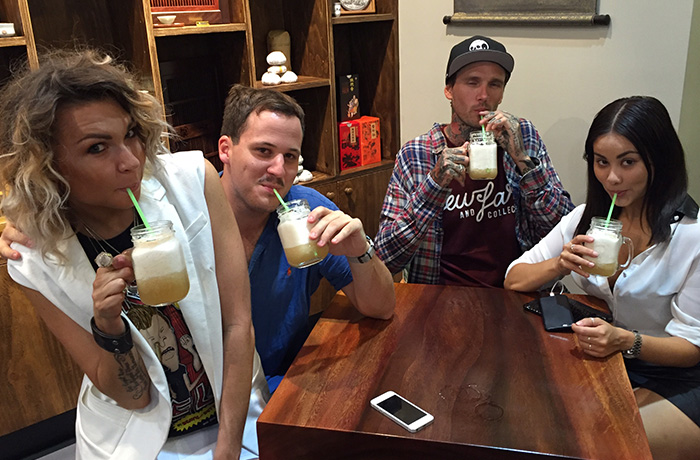 The Tsingtao, Lychee, and White Tea Cocktail was refreshingly potent. 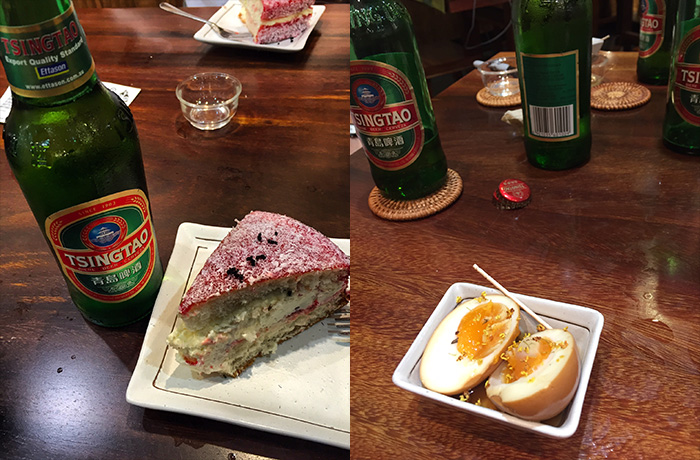 You know the best way to wash down an Ant Lamington and an Oolong Tea Egg? Why, yes, the answer IS Tsingtao!

As per the first Tsingtao Be Bold Nights Out activation, UMM set out to serve up a surreal salad of Chinese culture, bizarre food, and the general tomfoolery that occurs on any good night out. As you’d expect, LOTS of Tsingtao was also on the menu.

UMM’s Influencer Department organised a night out in Melbourne’s Chinatown, with a traditional tea ceremony, a tea-infused beer cocktail, hours of deafening karaoke, and 3AM KFC on the agenda.

A reconnaissance of both the Chinese teahouse and the karaoke venue was conducted well before the event to gauge their alignment with the ‘Tsingtao Be Bold’ campaign and philosophy.

Influencers were selected based on audience appropriateness and, perhaps more importantly, keenness to participate in the above with gusto. UMM liaised with talent managers to ensure imagery from the night would not only fit with the Tsingtao brand and also align with the influencers’ personal brands.

The 26 posts from the night (both photos and videos; appearing across the influencer accounts, the @UMMCOM Instagram, and the official @TSINGTAO_AUNZ Instagram) reached more than 137,000 followers on Instagram and managed to generate more than 6,000 engagements.

After a 7PM dinner and drinks booking at Cha-T Teahouse, influencers made their way to the VIP suite at Rainbow Karaoke, where a combination of singing, drinking, dancing, and conversing continued until 2AM. After follow-up, influencers expressed their gratitude at being hosted and also their enthusiasm at the prospect of working with Tsingtao and UMM again. 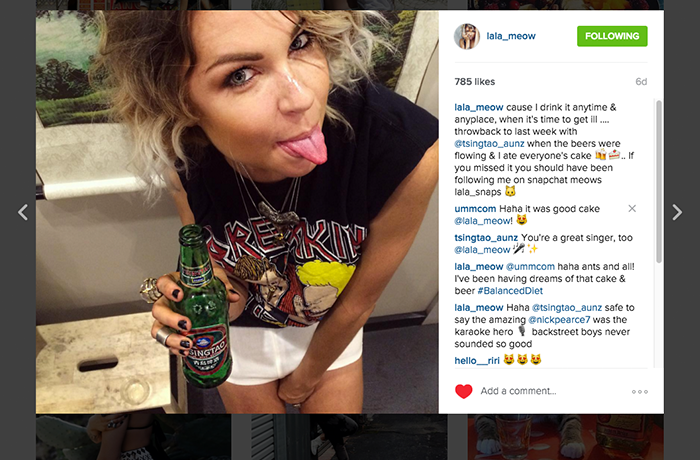 @lala_meow with the Tsingtao #TBT. 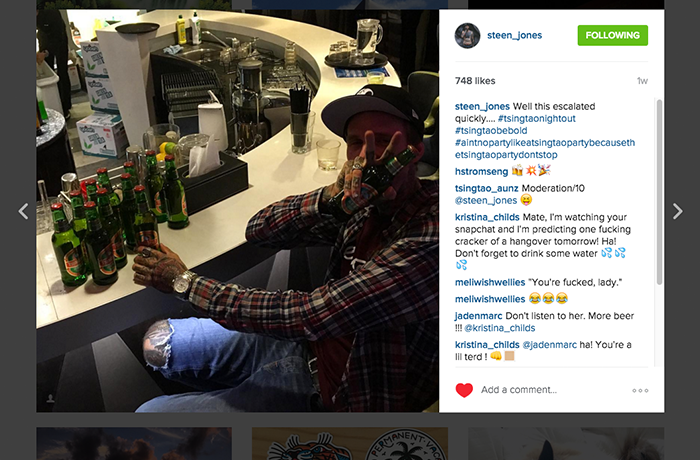 What @steen_jones is trying to say with this image is: "Drink responsibly." 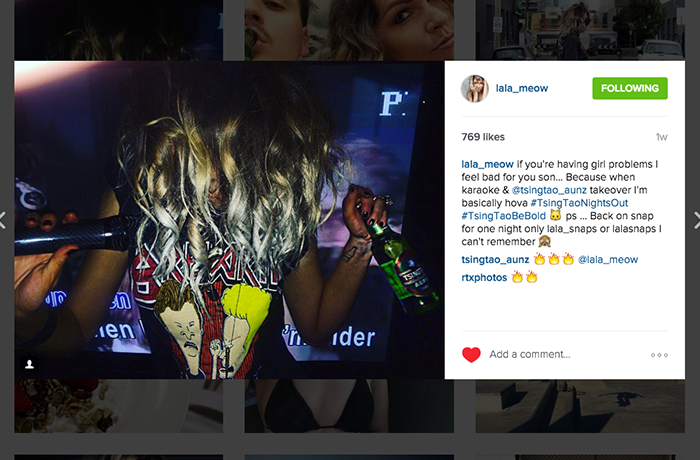