UMM deployed a two-person team, consisting of a lead publicist and an Account Manager. This duo was pitted against an incumbent Lord Mayor with a team of PR experts managing her campaign. Due to extreme time-sensitivity, we contacted political writers on a daily basis, producing daily media releases announcing policies designed to resonate with Sydney business owners. Angela’s policies centred around infrastructural changes to the city that would reinvigorate tourism, and she also offered small business real incentives to persist and endure in an unforgiving economic climate. 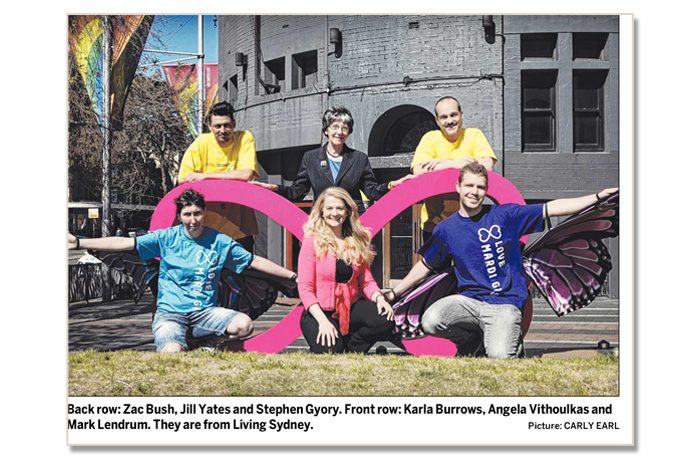 An article focusing on Living Sydney’s Mardi Gras support in The Daily Telegraph. 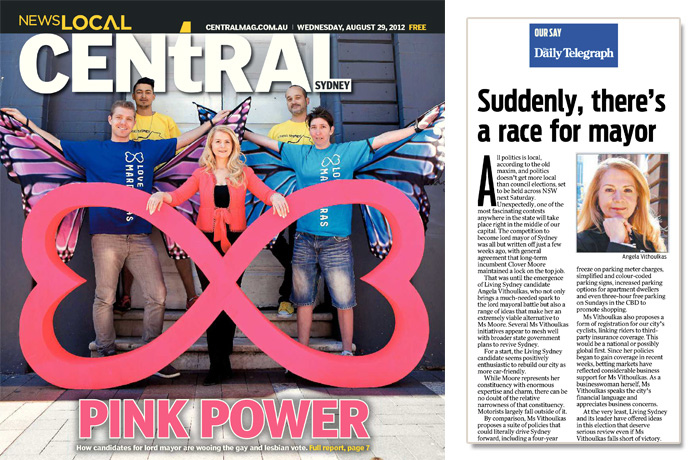 Yet more clippings that appeared during the race to become Lord Mayor. 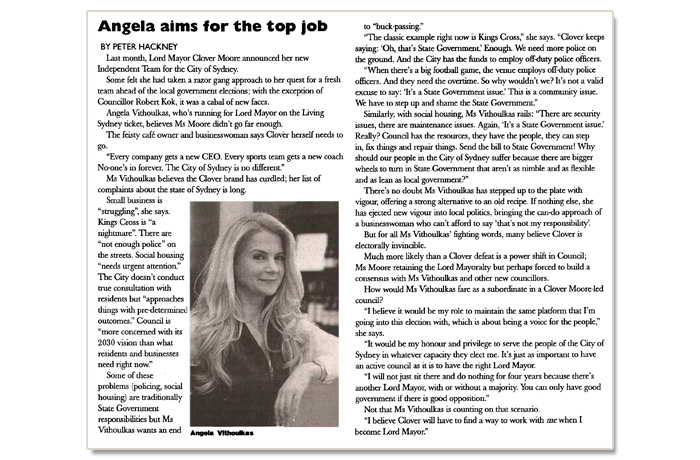 A profile piece of Angela Vithoulkas.

The slim timeframe in which to work made installing Angela as the new Mayor of Sydney virtually impossible, but through a media blitz we certainly shook up the establishment.

We secured coverage for Angela and Living Sydney across every medium nationally, but especially in Sydney, where it mattered most.

Angela became the first-ever debutant campaigner -and the first Greek-Australian- to be elected to City of Sydney Council. She was duly recognised by the European Council for this feat.