Drinkworks is a premium beer and cider sales and marketing company for Tiger, Bintang, Estrella Damm, Old Mout and Monteith’s.

UMM’s brief was to market Monteith’s apple cider in the Australian market – at this stage, cider was a new category in Australia. There were only a handful of players in the market, namely long standing UK and Irish exports – Bulmers and Magners.

The marketing and communications strategy was to stimulate demand for sales in bottle shops and bars. 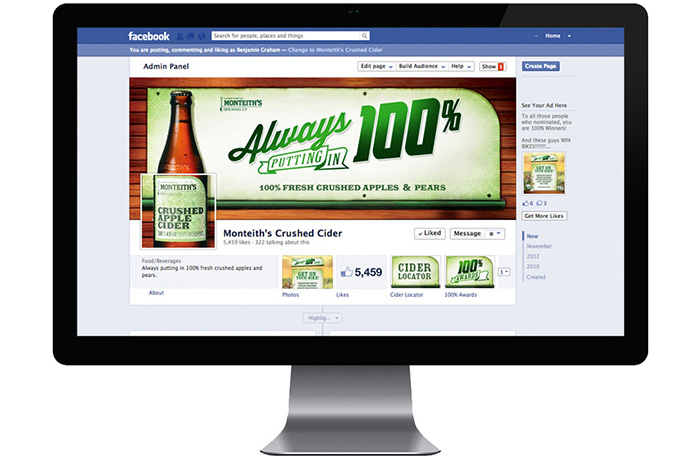 Develop and build a unique brand personality that would resonate with our highly judgmental and critical demographic of M+F, living in urban centres, aged 18–30.

Define and create stories around the experience and Monteith’s ‘moment’ i.e when and where to drink a cider.

This was done through a series of integrated communications campaigns encompassing Creative, Social Media, Activations, Public Relations, and digital advertising.

Influencer strategy involved marketing to the burgeoning and socially influential ‘hipster’ demographic in urban centres in Sydney and Melbourne.

Monteith’s Friday Shouts centred on UMM sourcing and forging relationships with Monteith’s bars around the country, all as part of a program where one bar was honoured per week. 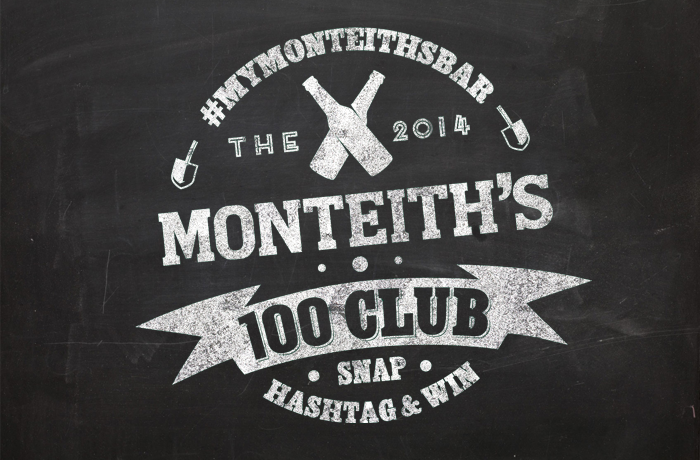 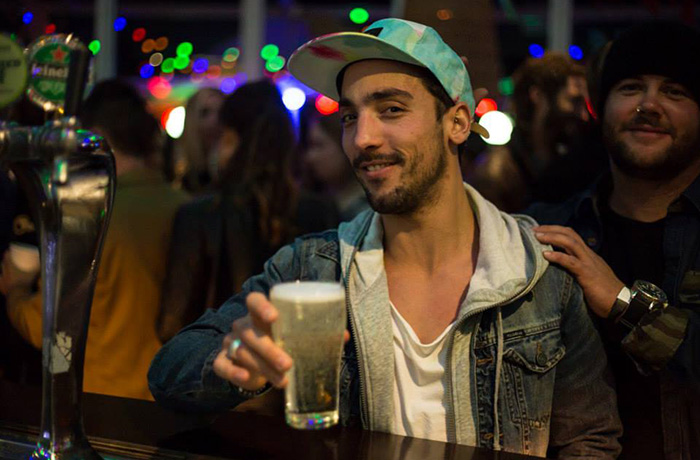 Monteith's 100 Club Winner, Pedro, at his party at The Bucket List, Bondi. 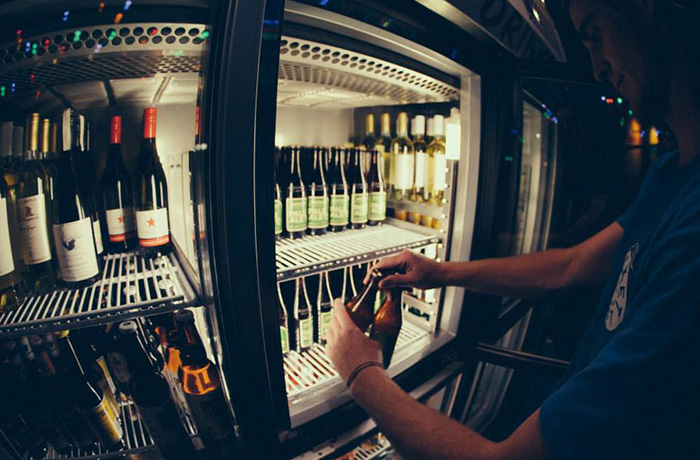 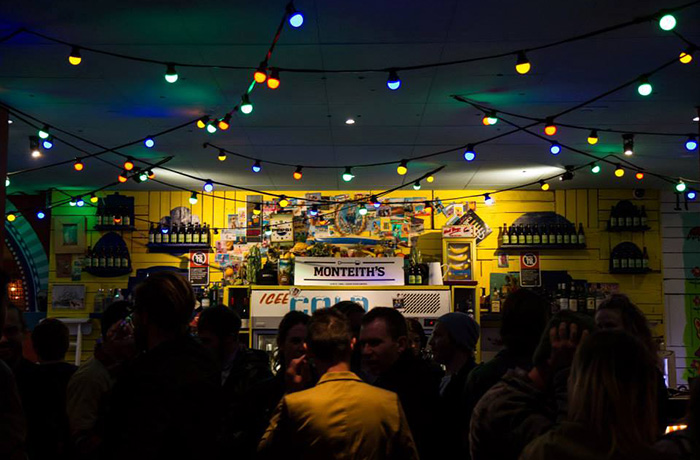 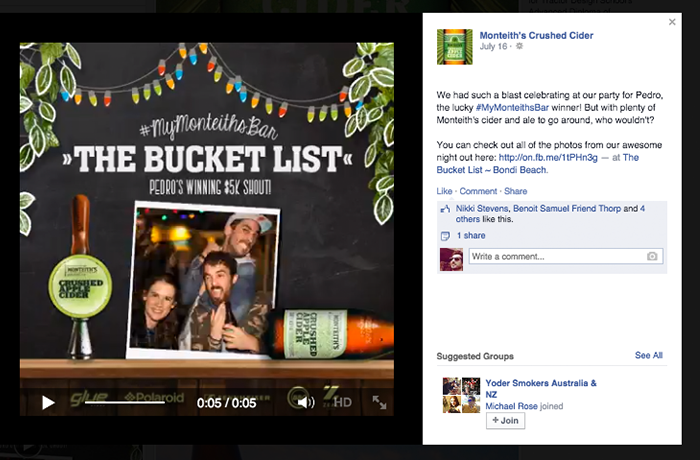